Buckle up those seatbelts for the desert's return of the LPGA’s ANA Inspiration. Entering its 46th annual play, the ANA (long known as The Dinah) is golf's first major championship of the season, and, save for The Masters, is the game's longest running event continuously held at the same locale. 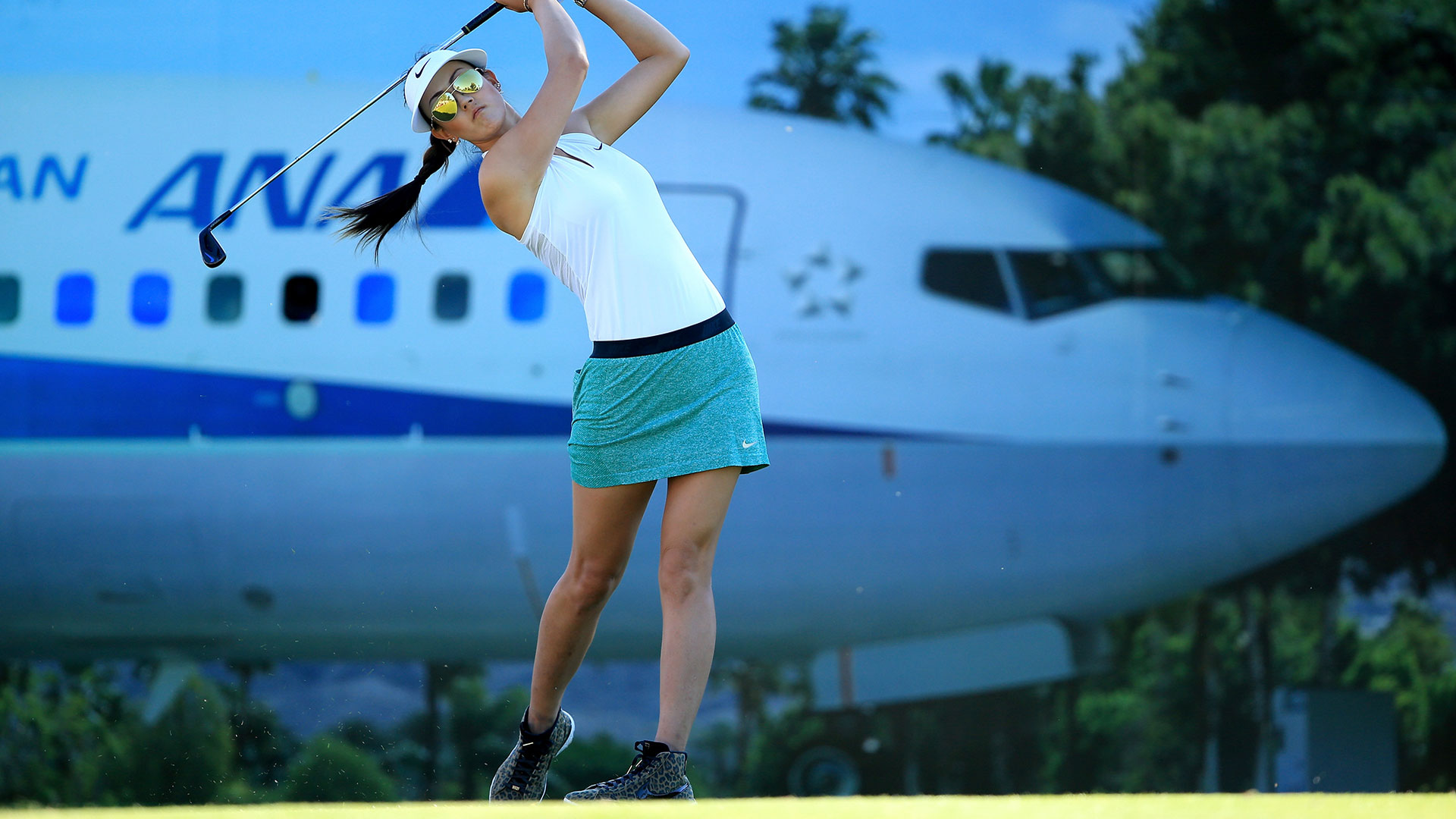 Featuring more than 100 of the world's best women vying for the victor's leap into Poppie's Pond beside the 18th green, the ANA field brings players from better than two dozen countries to Mission Hills Country Club in Rancho Mirage.

Ready to get swinging?  Here's what you need to know to fly with the world's best.

What: The ANA Inspiration

The Sponsor: All Nippon Airways, Inc., the largest airline in Japan by passenger numbers 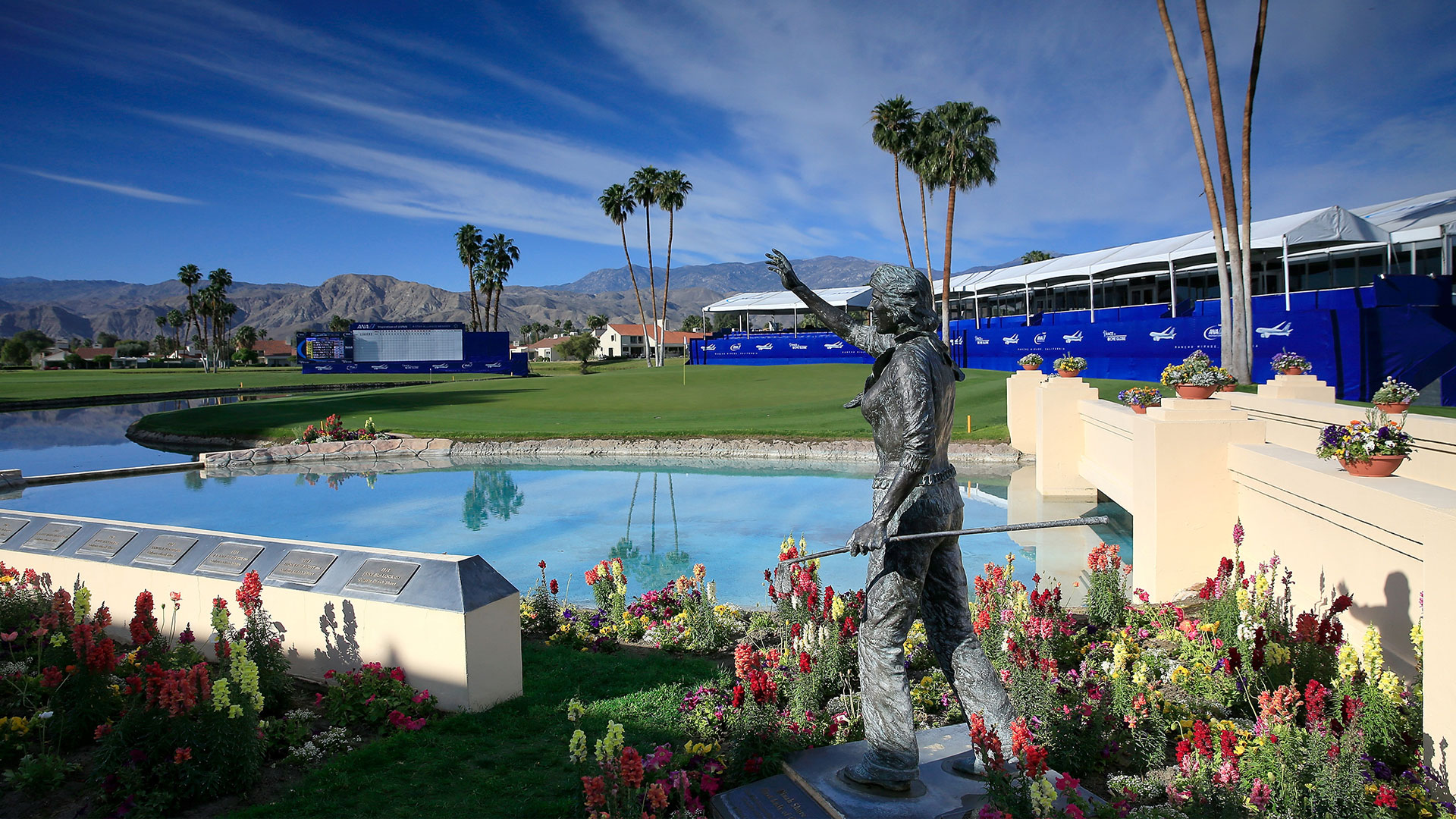 Comprised of a field featuring 40 of the top junior players from around the globe, the ANA Junior Inspiration has evolved into an official American Junior Golf Association event.  Now a three-day tournament with 54 holes of play across Mission Hills' Pete Dye and Dinah Shore Courses on March 25 and 26, respectively, the tournament (closed to the public) provides the victor the final spot in the ANA Inspiration.

A growing scene of off-course stimuli continues to enhance the ANA fan experience.

Start tournament week off on Sunday, March 26, with the ANA's Music in the Park night, offering a free concert at the Rancho Mirage Amphitheater from 5:00 – 8:30 p.m.

As play nears, schedule in a seat for ANA's second annual Inspiring Women in Sports Conference, taking place at the 18th Green Pavilion from 1:00– 4:00 p.m. on Tuesday, March 28.  In its inaugural year, the conference featured the likes of Arianna Huffington, Annika Sorenstam, Lindsey Vonn, Missy Franklin and Julie Foudy.

During the tourney, free, 10-minute golf lessons are available, and kids 17-years-old and younger get into the event at no charge.

For drink and dine, ANA has announced enhanced spectating allure with a new food courtyard area behind the 10th tee which will feature food trucks curated by Roaming Hunger (rotating each day) and a massive big screen so as to not miss out on any of the action.

And for those who may not have a major championship in their future, fear not, the event's ANA Experience exhibit will afford all comers a virtual chance to make the Poppie's Pond leap. 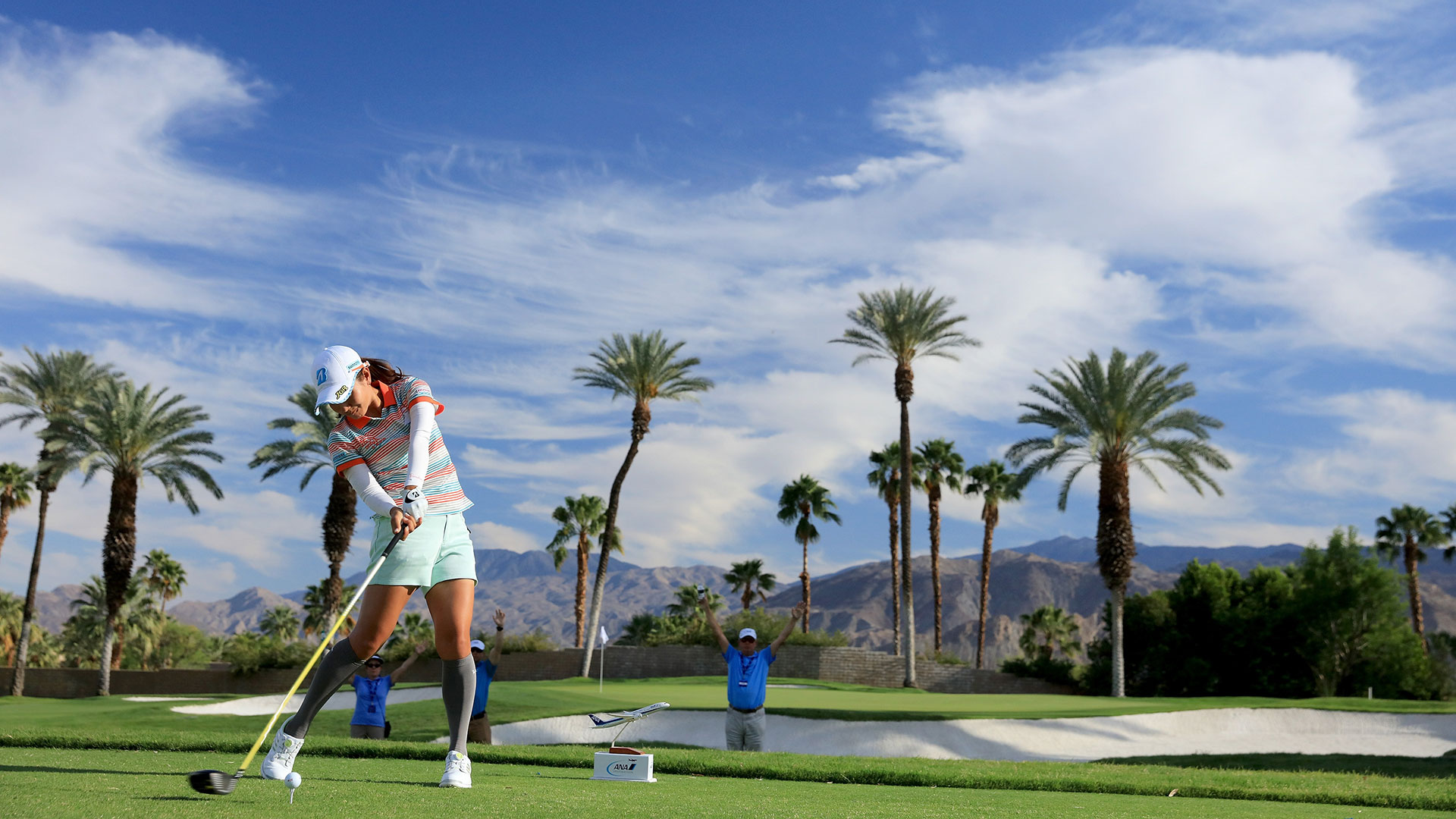 Hot on her heels is 2016 Player of the Year Ariya Jutanugarn.  The No. 2 player on the planet, Jutanugarn won five LPGA titles in '16 and returns to the desert seeking to right an ANA meltdown that saw her blow a two-shot lead with three holes to play last year.

For the Americans, two-time ANA champ Brittany Lincicome (2009, 2015) can never be overlooked at Mission Hills.  Revered for her power game, Lincicome got her 2017 season started in fine fashion, winning the Pure Silk Bahamas LPGA Classic in late January.

And 2014 ANA champ Lexi Thompson also figures to be in the mix.  The fifth-ranked player in the world, Thompson is coming off a one-win season in '16, and got the new campaign underway with a playoff loss to Lincicome in the Bahamas.  Annually evidencing her fondness for Rancho, Thompson has authored fifth and seventh place finishes, respectively, at ANA in the two years since her first (and lone) major championship win.

Photos courtesy of the ANA Inspiration.