Your perfect meeting starts in Greater Palm Springs. With incredible outdoor venues, unique group activities and year-round sunshine, this modern meetings oasis offers everything you need to plan an unforgettable event for your attendees.

Our Greater Palm Springs meetings and events blog is a great resource to start planning your next event. Want to learn more about our venue options? You’ll find information on the best venues for your event, whether you’re planning an annual business conference and need a large hotel or convention center or you’re looking for a more intimate outdoor venue for a health and wellness-themed retreat.

Curious about what attractions and activities our destination offers for your attendees? You’ll find plenty of information on our blog about Greater Palm Springs’ group activities, such as unique offsite adventures that connect your group with this oasis’ natural beauty and inspiration for out-of-the-box breaks. You’ll also find fun and unique activity ideas for families traveling with your attendees.

Plus, our meetings blog keeps planners in the know with insider tips for planning your next event and testimonials directly from fellow meeting planners.

Interested in learning more? Scroll down to discover more on our meetings blog about planning the perfect Greater Palm Springs event or connect with our sales team directly by submitting your RFP today.

Back to Meetings Articles

When Empire Polo Club made its Coachella Valley debut in 1987, it became an instant icon for the horse-powered sport reflected in its moniker. As Greater Palm Springs’ largest special events facility, the 250-acre equine-oriented venue is lauded for its 12 grass polo fields within a multi-faceted facility considered among the finest in the United States. 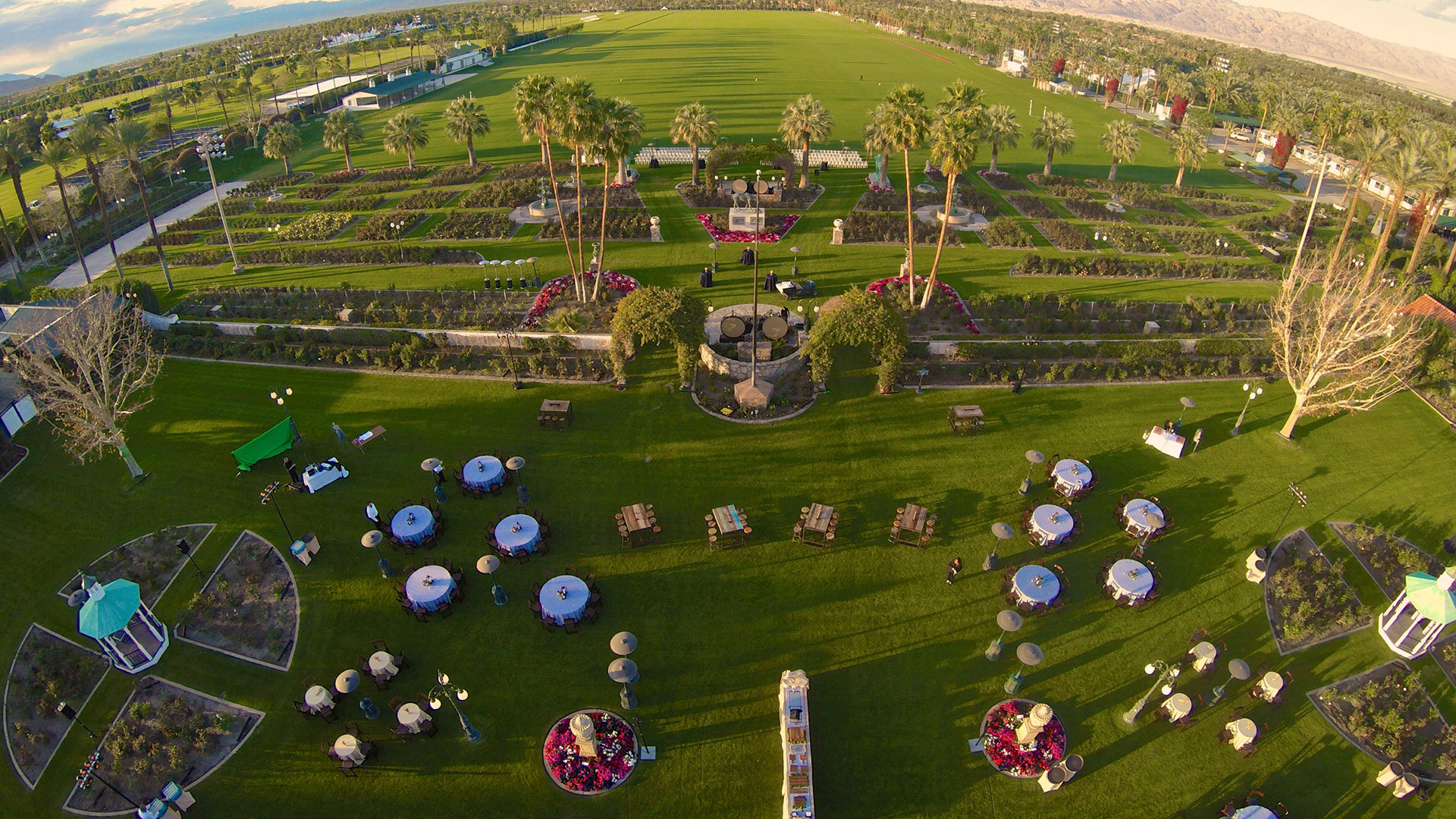 Ponies, mallets and chukkas aside, Empire has also been tapped for horse shows and rodeos. Equestrian events can ride high with stabling for 500-plus horses, tack rooms, three exercise tracks and a 2,000-capacity indoor equestrian arena measuring 150 x 300 feet.

In 2013 and 2015, Empire welcomed the USPA Townsend International Challenge Cup, an arena polo competition traditionally pitting the U.S. against England. Rebounding from a 2013 loss, the U.S. grabbed the glory with a 17-12 thriller two years later.

As with its natural turf, Empire’s fame continues to grow via a roster of non-polo sports competitions that include the prestigious Team U.S.A. 2015 National Field Hockey Festival. The international tournament drew more than 7,000 participants and spectators from the U.S.A., Canada, Europe and the Caribbean, as well as 65-plus colleges scouting talent.

Hacienda del Toro twists the tone with three acres of landscaped gardens and a bird aviary, while the Rose Garden sits amid lush foliage enhanced by enchanting statuary, fountains and three Victorian gazebos. Its 5,000-sq.-ft. Pavilion is spruced up with elegant crystal chandeliers.